This award honors alumni who have achieved distinction in their chosen fields and who embody the principles for which the College stands, particularly the triad of study, work, and service as well as concern for the brotherhood of all people. Recipients may have been widely recognized or be leading lives of quiet service in obscure places. The award goes to alumni who have attended any of the former schools now a part of Warren Wilson College. 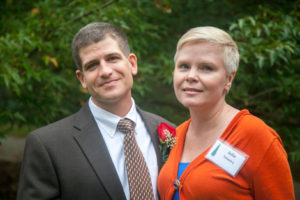 After receiving a BS in chemistry from the College, Brian worked as a research engineer for Amersham Health Inc., during which time he authored two U.S. patents for dispensing hyperpolarized gas and gas products. Brian is now a special agent with the Federal Bureau of Investigation, where he is an investigator, bomb technician, SWAT operator and FBI adjunct professor. Brian has received several honors, including the Joint Civilian Service Achievement Medal, which was presented in 2009 by the Headquarters Element of the Joint Task Force Paladin in Bagram, Afghanistan. He also received an Appreciation of Dedication and Support to the International Security Associated Force, in Kandahar, Afghanistan. In the U.S., Brian received certificates of accomplishment by the Massachusetts State Police for Invaluable Assistance rendering safe 52 explosives in two days. 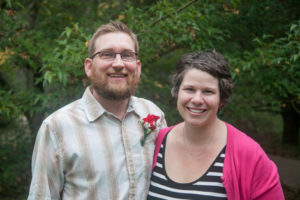 Joshua holds a BA in Environmental Studies from WWC and a Masters in Urban and Regional Planning from Virginia Polytechnic Institute & State University. Joshua is currently the Executive Director of the Mad River Planning District in Vermont and previously served as the Planning and Zoning Director for the City of Barre and Regional Planner with the Central Vermont Regional Planning Commission. While in Barre, he oversaw an inventory and assessment of the City’s hydroelectric generation potential. Joshua has received numerous honors including the 2013 Vermont Planning Association Project of the Year, 2012 Northern New England Chapter of the American Planning Association Professional Planner of the Year and 2011 Professional Planner of the Year. “Warren Wilson is where I met my wife, deepened my connection to place, challenged my beliefs, and developed an understanding of scale, community engagement, and personal ethics.” Joshua said, “I’m humbled by this recognition and very appreciative to have the opportunity to be a part of this dynamic community.”

Back to Distinguished Alumni Awards